Dato’ Leong has served more than 30 years in the civil service, as a diplomatic and administrative officer. He was at the foreign ministry in 1971 and later held many public service positions in various governmental agencies. His last position was as secretary-general at the Ministry of Science and Technology.

As Secretary General, he sits in many positions in the Ministry, including as a board member in Mimos Bhd, Technology Park Malaysia, and National Information Technology Council,  to name a few. Upon retiring from government duties, he served as a board member at KLCC Properties Bhd and Government Printers.

He has no relationship with any other directors of the company.

Graduate with a Bachelor‘s Degree in Information System at University of Melbourne and Master in Information Management and Systems majoring in Business Intelligence and Process at Monash University. Joined the company in 2009 as a system analyst, he has since progressed to becoming the Director of the Company.

He is also a certified insurance practitioner and a chartered member of AICLA, senior associate of Australian and New Zealand Institute of Insurance and Microsoft Certified Professional.

Datuk Christopher Wan Soo Kee, a retired Commissioner of Police in the Royal Malaysia Police. He joined the police service in 1969 and had served the country and community for 39 years. During his tenure of service, he held various command positions in the Force as an Assistant Director of Management Bukit Aman, Head Special Branch of Kuala Lumpur, Chief Police Officer of Melaka and Penang, and Director of CID Bukit Aman. After retirement from the RMP, Datuk Christopher was appointed as a Member of the Election Commission of Malaysia (SPR) by His Majesty the Yang di-Pertuan Agong from 2008 to 2017.

Mr. Tan joined the company in 2013. He graduated from the University of Science Malaysia with a Master of Public Administration.

Prior to this, he served various positions in the government. 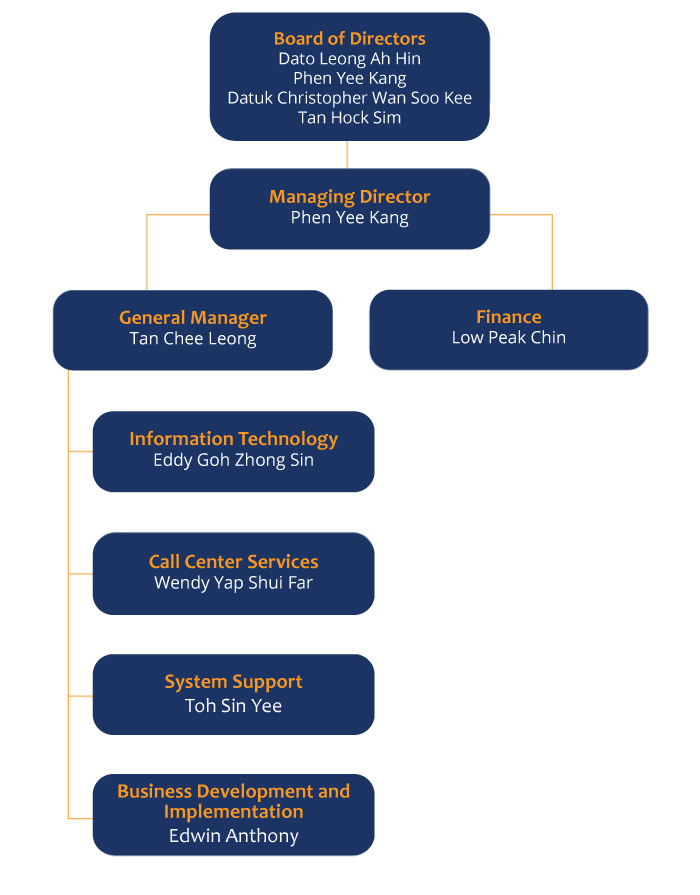